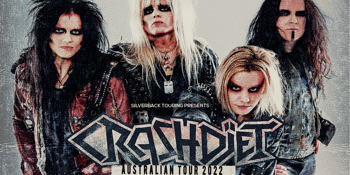 This is a Covid Safe event and there are a few things we need you to know before you arrive:

5. NO MOSHING and NO CROWD SURFING.  Patrons who kick off will be removed from the venue.  We’re really sorry about that, but we’re in a pandemic and we want to STAY OPEN.

Do your best to remain socially distanced and practice good hand hygiene.  If you feel sick at the event, please report immediately to the Box Office so we can do a first aid assessment and get you home safely.
Max Watt’s will be operating under the Victorian State Government vaccination mandate. Therefore, as outlined in the Victorian Roadmap, only patrons, staff and artists who are double vaccinated against Covid-19 will be able to enter the venue.  This is for the safety of all that attend.