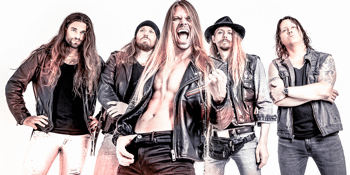 with Crazy Lixx
Manning Bar (University of Sydney, NSW)
Thursday, 8 September 2022 8:00 pm
102 days away
18 Plus
Metal / Hard Rock
Send this event to
Scandinavia heads down under as Silverback Touring bring you two of Sweden’s finest Hard Rock exports H.E.A.T and CRAZY LIXX. This will be the first Australian Tour for both bands.
Over the last several years H.E.A.T have established themselves as one of the leading bands in the melodic rock scene, both in their homeland Sweden and internationally. They have toured and performed front of thousands and thousands of fans around the world.