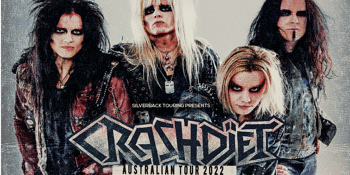 Get set for a wild ride on the Glam, Sleaze and Hair Metal rollercoaster as Silverback Touring brings together Swedish hellraisers CRASHDIET and local Glamsters SISTERS DOLL for a night of utter chaos.